Two targets wasn’t all this mother wanted to hit

33 year old Mamako Oosuki ( 大好 真々子) recently signed up for a social experiment meant to strengthen familial relations and cure old wounds. Parents and their children would be transported into a game world using a special drug and equipment provided at no charge by SaitoGemu as part of a research project across Japan. However, once inside, the game proved a little too effective. Prosecutors are not only seeking charges for sexual assault but also for public indecency.

“Despite being an MMO, Mrs. Oosuki clever picked quests which would place both her and her son in provocative situations. She clearly had first-hand knowledge of the quests, rewards, and monsters ahead of time. They are not related by blood, but she is his guardian making this relationship unacceptable” said the prosecutor handling the case. Leaked images have emerged into the public eye. Be warned, these images are very graphic

The attorney for Mrs. Oosuki has fired back calling the allegations baseless: “Everyone here is a victim of this game. No mother would ever do this to her child. We will pursue all legal options we have to stop this.”

Mrs. Oosuki alleges that she has no recollections of the scenes in particular and that an AI must have filled in for her during these strange occurrences. “Everything would get really laggy and all I could hear was the sound of a computer fan. When I came back to my arms were directly out at my sides, flat, and I was standing perfectly up right. I have no idea what happened!”

Users online have been speculating that the game was built with Unity for Oculus Rift, citing performance reasons and pointing to a technical paper released by SaitoGemu on advancements in automatic-AI context switching: the AI would take over during dangerous times if the user lost consciousness.

“This is the kind of AI I would expect from IllusionSoft – but not a large company such as SaitoGemu” one user pointed out.

“Forget the mom – look at what her son did! he should be on trial!” another user blasted back.

The court case is scheduled for February. Stay tuned for more updates from MWL News. 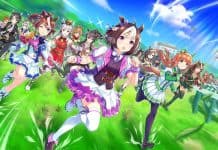 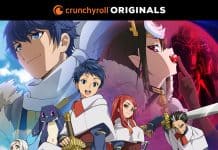