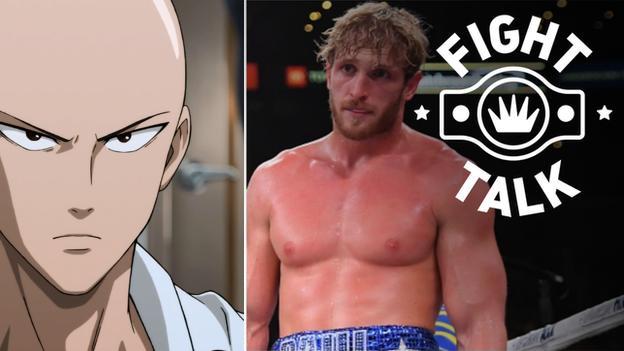 After his match with Olajide Olatunji (known as KSI) Youtuber Logan Paul has decided to issue a challenge to Saitama, a rank B hero.

“I’ve heard about this guy, Caped Baldy. His friends call him ‘One Punch Man’ so I figure It’s just the next step for my professional boxing career” Logan said in an interview. “No one really knows him and he’s not very strong. But this is more for training purposes so I can move up to the real heavy weights like King. I think this sends a message to the top.” he added.

We reached out to Saitama for comment, who responded “who?”

Genos, a rank S hero who works closely with Saitama, refused to comment on the situation citing the importance of hero’s to not fight each other. However, he did note that despite Saitama’s rank he may just be “the most powerful hero ever.”.

One thing that separates Saitama from the rest of the Hero’s is his incredible physical performance during his hero evaluation. He completely destroyed all records held by a margin never seen before by any hero. He was initially placed into class C after failing the written portion of the examination. When asked how he plans to close the gap on these numbers, he laughed and replied: “100 push ups, 100 sit ups, and a 10 km jog every day should do it”.

What do you think? Does he stand a chance?