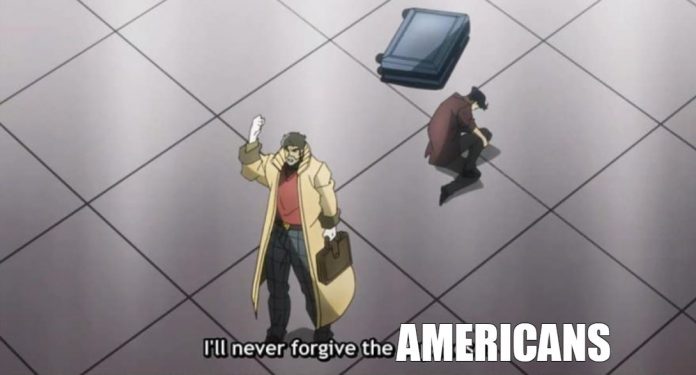 In a move that can only be called tone-deaf, Sony has opted to modify the original box art for Neptunia ReVerse’s North American release and strip away Vert/Green Heart’s underboob and removing Noire/Black Heart’s cleavage.

Where The Feminists At?

The United States has a particularly interesting take on modern feminism and me, a white male, will be butchered alive for writing about it. In fact, as they are reading, some very serious internet activists are already boiling without having read what I am about to put forward. Twitter is open and their hashtags are already in their phones suggested words to finish the sentence. Regardless of that issue, we haven’t been publicly canceled yet so let’s go!

Last year after Shakira and Jennifer Lopez’s super bowl performance several articles came blazing into the #1 position calling out the misogyny and slut shaming. One of the big takeaways from this was the dialogue about objectification of women.

“The @SuperBowl halftime show was just a bad strip show,” tweeted @AUBeard. “We have had so much positive discussion about not treating women like sexual objects, then they go & do this. You can’t cry that women need to be treated better then support this display of sexual objectifying” (article: usatoday)

This was met with an insane amount of backlash because it’s fucking stupid. “Women can choose what to do with their own bodies!” etc etc. This felt pretty closely tied with Third Wave Feminism which is about dismissing any restriction whatsoever on what women choose to wear, how they express themselves, so on. You can read about it here on wikipedia!

If we’re going to be talking about not slut shaming real life individuals then we should go ahead and expand the offering to fictional ones as well. In fact, I bet someone has already written about this. (edit: they did). In fact, I’m going to end this section here.

Characters in video games, manga, and novels are all fictional so let’s not impose restrictions on the medium. In fact, even celebrities are technically playing fictional characters and may be totally different off stage. So, I think we’re set on this part!

The following is a dramatized version of the internal chat at Sony HQ. All characters are fictional. But it probably happened like this.

QA Team: Hello, can you fix up this cover for the North American release?
Art Team: Sure, just want me to make the logo in English ?
QA Team: Can you fix up their outfits a bit?
Art Team: Which part?
QA Team: Remove the underboob in the top right and cover up the cleavage so we can show it at stores.
Art Team: Was there a store that requested we cover it up?
QA Team: Well, no, but there could be. I think the underboob is just a bit much.
QA Team: Isn’t it a little too sexual?
Chad Localizer: Isn’t it a little counter productive to hail female sexuality and individual expression of females and then turn around and add clothes to anime characters to cover them up just because they are all female?
Chad Localizer: I mean they didn’t make us cover up that one guy from DMC5 he’s showing way too much skin and tattoos.
QA Team: Ok but that’s not the same.
Chad Localizer: I mean I’m not gay but I feel a little tingle probably even more tbh
Art Team: Wouldn’t the tomb raider underworld be showing too much skin?
QA Team: But those are about strong women
Chad Localizer: Are you saying my CPU aren’t strong?
*HR has entered the chat*
Chad Localizer: So yeah I’m thinking we make her have a little white part underneath. Maybe we can put the original box art on the inside?
QA Team: YES! That’s perfect.
Art Team: I’ll have it ready in 2 minutes.

The main issue with the censorship isn’t the fact it was changed, but it was the fact that it was done so in order to cover up specific parts of their characters outfits and was objectively done to make them appear less sexual. They could have commissioned another piece, redrawn alternative box art, etc. Instead: they chose to cover up these thicc ass CPU tiddies in the most lazy and ridiculous way possible: shitty photoshop. They’ve been on this censorship binge for awhile but they’ve finally started to come full circle by broadcasting what fictional attire fictional girls can wear. They’ve gone from objectifying women to reinforcing the stereotypes that everyone should be rejecting.

Poor Noire cannot appear on the box of her own game but can stream on Twitch without violating content policy guidelines. These CPU’s are too immensely thicc to be able to have the blessing of clothes that do not reveal cleavage. It’s not her fault that was the way she was born and Sony is wrong for demanding she cover it up and then photoshopping her body.

And here I thought we were in the age of body acceptance.

The Devil is a Part-Timer! Season 2 Anime Confirmed