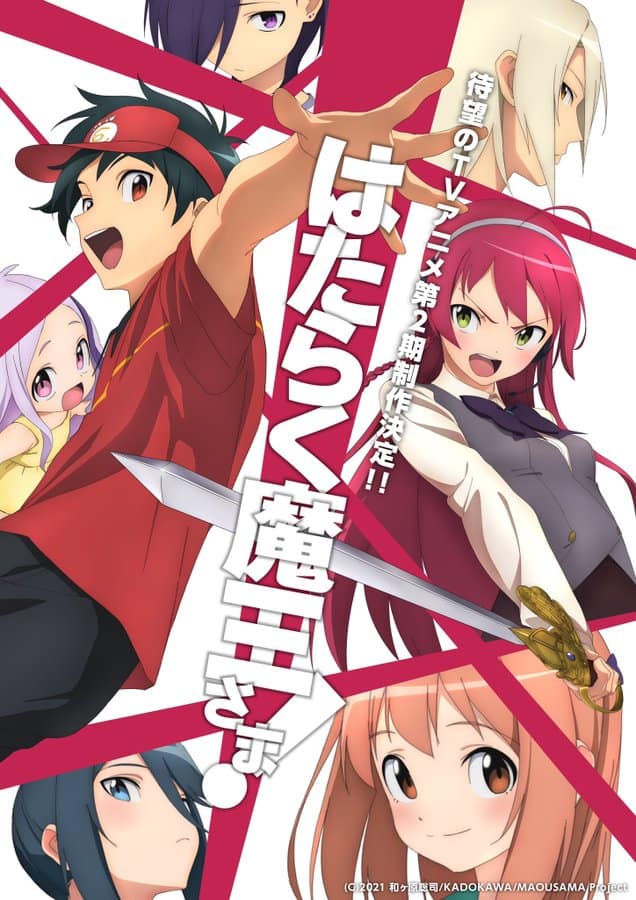 Kadokawa’s “Light Novel Expo” event announced Saturday that Satoshi Wagahara’s The Devil is a Part-Timer! (Hataraku Maou-sama!) light novel series will finally be receiving a second anime season. There is currently no confirmed release date for the sequel.

The entire Japanese main cast will also be returning, including:

Yen Press, the Western publisher of both the original light novel and manga adaptation, gives a synopsis of the series:

“After being soundly thrashed by the hero Emilia, the Devil King and his general beat a hasty retreat to a parallel universe… only to land plop in the middle of bustling, modern-day Tokyo! Lacking the magic necessary to return home, the two are forced to assume human identities and live average human lives until they can find a better solution. And to make ends meet, Satan finds gainful employment at a nearby fast food joint! With his devilish mind set on working his way up the management food chain, what will become of his thirst for conquest?!”

The first season of the TV anime adaptation had 13 episodes and first aired in April 2013. Funimation streamed the anime as it aired and also released an English dub for the series. The Devil is a Part-Timer! (Hataraku Maou-sama!) received a Blu-ray/DVD disc release in 2014.