We received our 4th or 5th DMCA request from some Korean company called TopToonPlus that apparently cannot tell the difference from informational websites where users can agree they all jerk off to a character vs people actually stealing their work.

Any before anyone goes “well what about uploads” most of these requests have only a display picture set. Nothing else.

ALSO they totally DMCA’d the series: not even the Waifu. Boi.

Moving forward, No Manga or other works found on TopToonPlus.com, regardless of popularity, will not be listed on MyWaifuList.

If you see a work from them, please report it so we can scrub the website.

For the tens of users who choose to submit Korean Comics from TopToonPlus, we truly apologize that their aggressive DMCA’ing and inability to understand our website and it’s goal have made it so your Waifus will be removed.

Here is a meme I made to make you feel better, it depicts said party being happy that they are restricting comics that could have otherwise been more popular by nuking it off MyWaifuList.

Work Name: Brave New World
URL to be removed: https://mywaifulist.moe/series/wonderful-new-world
Description Of Series: Ho-Seung, an unpopular office worker who works for one of the largest corporations in Korea, is crouched over like a sinner because he was accused of setting up a camera in the women’s bathroom. In the end, however, he was proven to be innocent. Then one day, he was suddenly notified of his reassignment by the team manager. It seemed that she was victorious, until…
Total Loss: 8 Likes
REASON: In this url, we have confirmed that the part that infringes copyright by posting the work of “Brave New World” serviced by Toptoon without permission has been confirmed and requested to be removed. 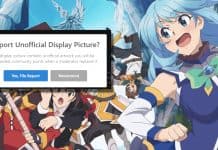 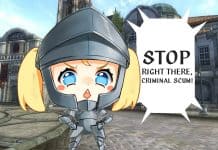 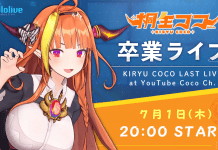