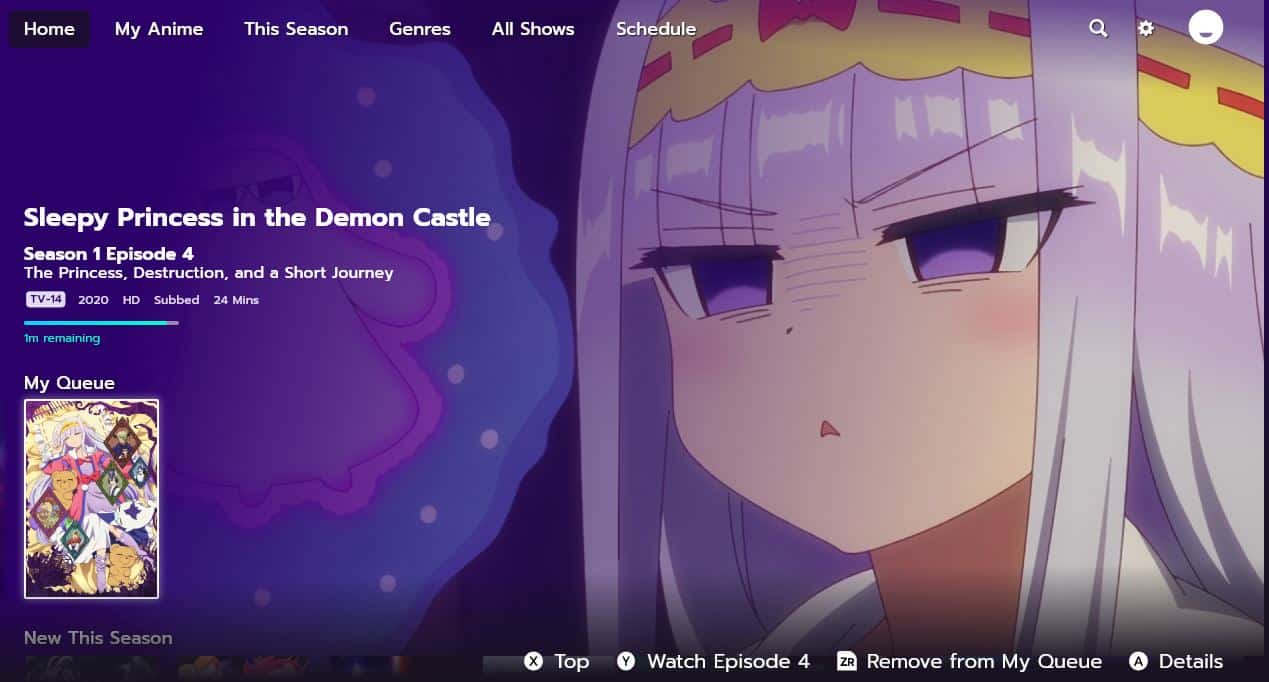 Today (December 15th, 2020) Funimation released their switch application for everyone to download. This doesn’t qualify as an application so much as it does a web page. The application itself is just a WebView with video player capabilities. It’s more apt to say this is a direct port of the application experience you would see on Apple TV or Chromecast.

Knowing the domain and knowing where to find the application were slightly different problems. Where could you be, Funimation web page online that clearly says switch.funimationapps.com? Well, luckily, we don’t need to look too hard! Thanks to the certificate showing Amazon we just had to poke it to see the underlying bucket being served up from Cloudfront.

And there it is.

Here is a link for people who want to check it out on PC or smartphone.

The Web Application Itself

While the inner me says people should be happy to get any application at all, I do find it strange that Funimation decided to release a switch application nearly three years after it’s release and is built on a library that has not seen a major update in 6 years. I don’t think asking for a modern reactive page is too much. Then again, I don’t know anything about the capabilities of the switch browser, so I should probably just shut the fuck up 🙂

The new design is really nice and seems to follow a more Netflix inspired layout. The API itself is still slow, and the switch has an artificial delay that appears to be implemented for some reason. This delay makes the responsiveness feel very slow when moving in between titles. I am not entirely certain why it is there.

It’s completely usable on PC, but the overlay will be up over the video until you let it disappear by stopping input. You can get around using the arrow keys and enter, escape keys as well.

While I don’t have a tablet to test it on, I’m curious as this feels like the proper way to watch Funimation on the go for any touch input device. If anyone has a tablet on hand and wants to give it a shot, let us know using the link above!

What else do you think about the application? Are you happy with it? Expecting more from Funimation? Let us know in the comments!